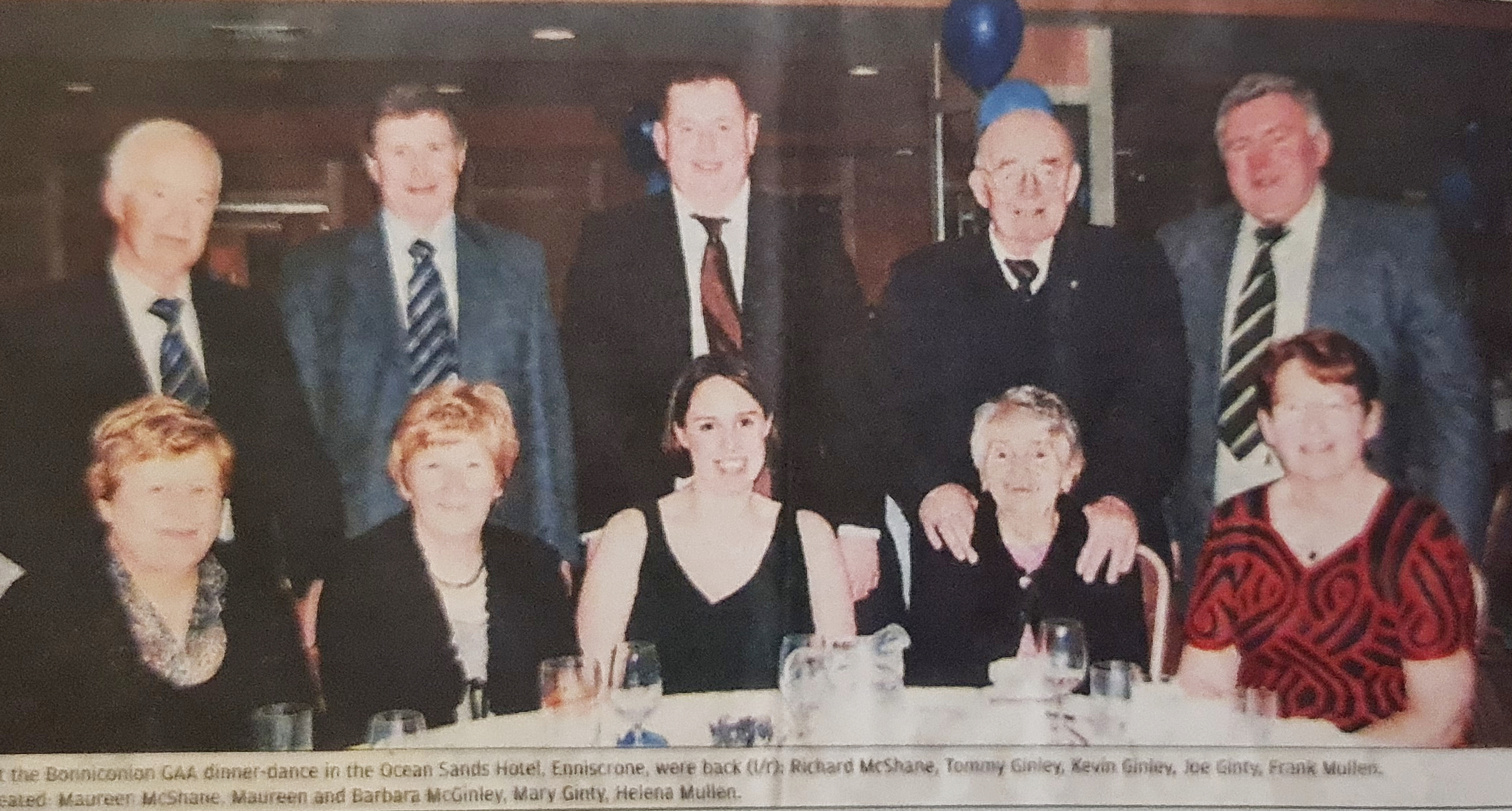 Those of us lucky enough to have Bonniconlon connections like to think that our area and our village are the best around. When that pride in place and community is mixed with sport, it evokes strong passions amongst us all.

This was in the field of GAA, where so much of Bonniconlon's energy and passion is invested. But it wasn't in the activities of our men and boys that this particular success was achieved. It was the girls of Bonniconlon who brought the county, provincial and national success to the village.

As I said, you need to be of a 'certain age' to have experienced this period of Bonniconlon national dominance! The era of which I talk was from 1978 into the 1980s, the teams were of Girls' Under-13 and 14.

In 1978, Bonniconlon village in many ways looked similar to how it does today, but this was a different era in so many other ways. On the music scene, the Bay City Rollers were on their way out (sadly!), and while Bob Geldof and his Boomtown Rats still hadn't gotten around to playing in the Grove, we were all aware in Bonnie of the punk rock phenomenon.

So what gave rise to the phenomenon through which Bonniconlon produced underage girls' teams that won county finals in 1978 and continuing into the 1980s, and two All Ireland Finals in 1979 and 1980? And where is the statue to those magnificent girls?!

As I say, it was a different era, and apart from the different fashions, music and other obvious things like cars (who still misses the Vauxhall Viva!), another marked difference from today was the ladies GAA participation in Bonni. It was a time when a number of Bonniconlon's female players were selected for Mayo under-16 and Ladies Senior teams. The Club had a senior ladies team and perhaps inspired by their older sisters', some of the young girls in the area had started their own 'kickabouts.

Around that time in 1978, an under-13 girls football competition was introduced up to county level. I was playing at the time with the Ladies Senior Team. That fact, alongside having two younger sisters who were eligible for the u-13s, was enough it seems, to qualify me as the u-13 trainer.

Fr. McManus, our then Parish Priest, read out a notice at Mass for any girls interested in playing football to come for training and the rest, as they say, is history. So began the most successful period for the Bonniconlon GAA Football Club culminating in the winning of county titles in 1978, 1979 and 1980 and further on into the 1980s, and in two Community Games All-Ireland titles in 1979 and 1980.

When we kicked off in 1978, we soon had about 20 girls for our weekly training sessions. We worked to build fitness, ball control, hand passing and especially on building confidence. A couple of weeks into training, we entered a competition in Ardnaree. It was a chance to see how we would fare against other local teams and to learn where we needed to improve. Against our very modest expectations, we won our early games and found ourselves in the final of our first competition! I particularly remember in those early games we relied on our defence, including Frances Judge and Pauline Conricode, while Patricia Meer in goal was really on her game. As a Bonniconlon team, we had to get over our nerves as our Club didn't have a great history of winning in Ardnaree. I can't remember which opposition we met in the final, but I recall us being level with minutes to go when Ann Ginty let fly from way out for a point that secured victory in our first competition. It was sweet success as Ardnaree themselves were favourites to win the trophy. The girls were overjoyed and I was so proud of them, they had held their nerve and deserved their success.

That win in Ardnaree acted as a catalyst. The girls now believed in themselves and we entered the county competition. We upped training to three times per week and worked so hard on all aspects of our fitness and skills. The girls were committed, skillful, eager to learn and showed up in great numbers for the demanding training schedule.

We raised much needed funds through a sponsored football marathon to finance our costs for transport and other expenses. Remember, this wasn't an era where there was even one, never mind two cars in every house.

And so we went on to the county competition- and won it!! Unfortunately I don't have record of the teams we played, apart from recalling we beat Kilmovee in the final. I don't think we lost a single game, and we had plenty of handsome wins. The squad we had over that year never let us down and I could tell numerous stories about individual contributions and moments of brilliance and commitment. But that would be unfair to the whole team and squad, so I'd urge you to take a look at the accompanying photos and see who were our heroes of that great era.

When I left home at the end of 1978 to start work in Dublin, my sister Mary took over training the team. Then in 1 979, under-14 girls football was introduced for the first time. into the National Community Games. The timing couldn't have been better for Bonni. Our star county final winning players were now a year older and we knew how to win, at least at county level!!

And so in 1979 the team first repeated their county-level success in Mayo, and then went on to take the Connacht championship. That qualified them to represent the province at the Community Games at Butlins Camp. In the semi-final they disposed of the Leinster champions and went on to meet the Munster champs. The Munster girls may have been the best in both Co Kerry and their province, but they were no match for the girls of Bonniconlon, and captain Ann Ginty lifted the all-Ireland community games trophy!

They say winning a championship is hard but it's harder still to defend it. The year 1980 saw a small few team changes but under captain Grainne Tuohy, Bonniconlon again won both the Mayo and Connacht crowns. Back we were again to Mosney representing Connacht, where in the semi-final, we met the Kerry team we'd beaten in the previous year's final. After we again showed them that Kerry and Munster were no match for Bonni, we lined up for the final against the Ulster champs from Co Down, with the same outcome: Bonniconlon, all-Ireland champs, a second year in a row. Extraordinary!!

Looking back, it now seems almost unbelievable that Bonniconlon could win two successive Community Games All-Ireland Finals. It is testament to the commitment of those players, their families, and everyone who helped to make those achievements possible. All these years later, I feel very proud of those very special girls who brought such honour to their football club and their area. There were fantastic celebrations with those big victories, including the team parading in the equivalent at that time of an 'open-top bus-Le. a flat backed lorry-into the village to receive the accolades of a very proud community.

Girls under-14 teams from Bonni continued to be successful after 1980 and, from memory, they won a further 4 or 5 county finals after that, although unfortunately we didn't manage to repeat the national level success.

Its a huge thank you to my Dad, Joe Ginty, for his recall in helping with the historical information in the above piece and for the photos. His own personal contribution to both girls and boys football in Bonniconlon over a long number of years is one we're very proud of.

Remains reposing at his residence on Monday evening from 5pm until 7pm with COVID restrictions in place. Removal on Tuesday morning to The Church of The Immaculate Heart of Mary, Bonniconlon, arriving for 12 noon Requiem Mass, with burial afterwards in Bonniconlon Cemetery. Family flowers only. Donations in lieu, if desired, to Mayo Roscommon Hospice, https://www.hospice.ie/donations/donate-online/