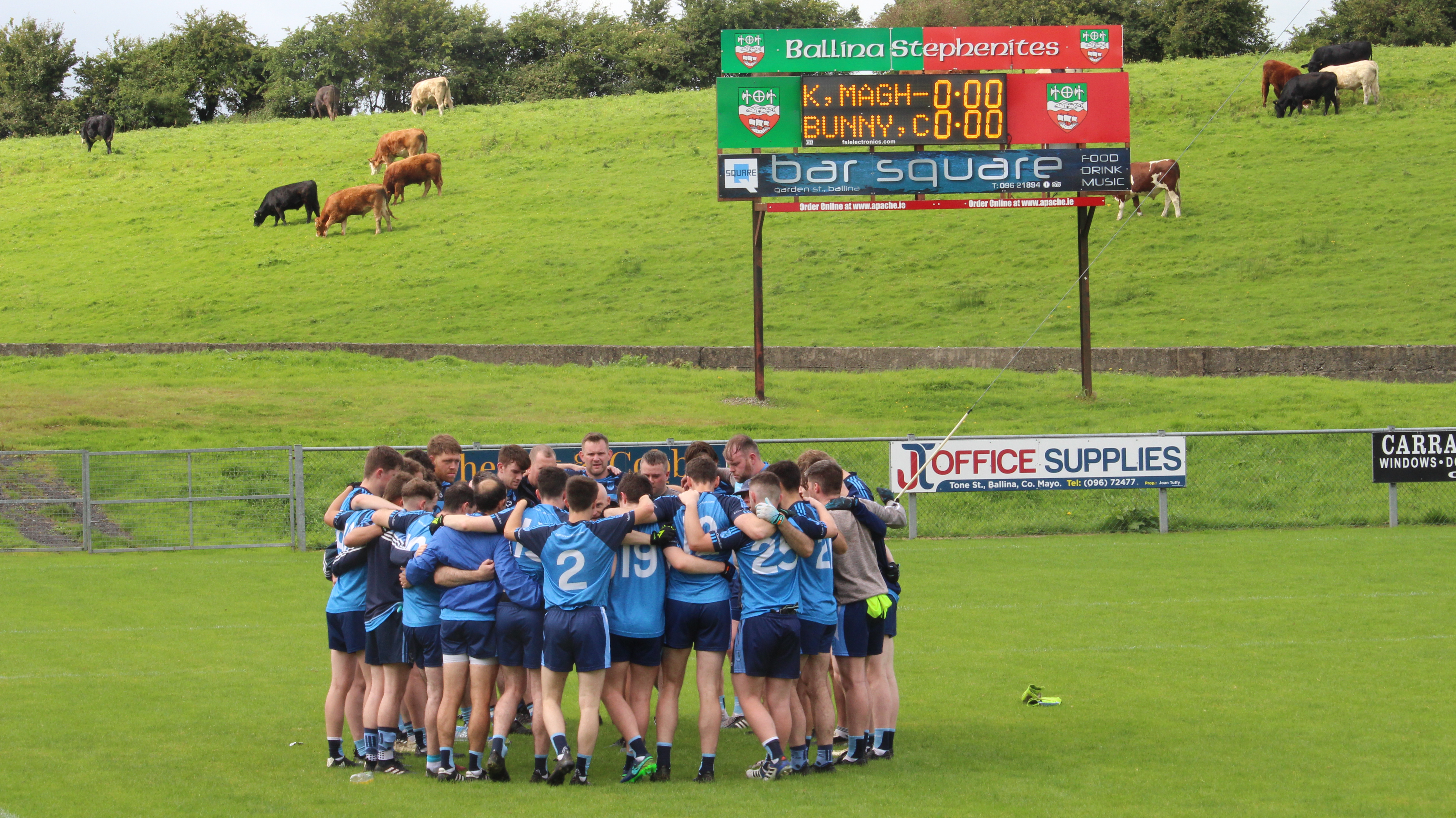 Down But Not Out

to go toe to toe with one of the favourites for the Intermediate crown.

Trailing by 1-7 to 0-0 at one stage, the Bonni men rallied in the second quarter to half the deficit by the interval at which point they trailed 1-8 to 1-3.

to hold out for victory and top place in the group on head to head.